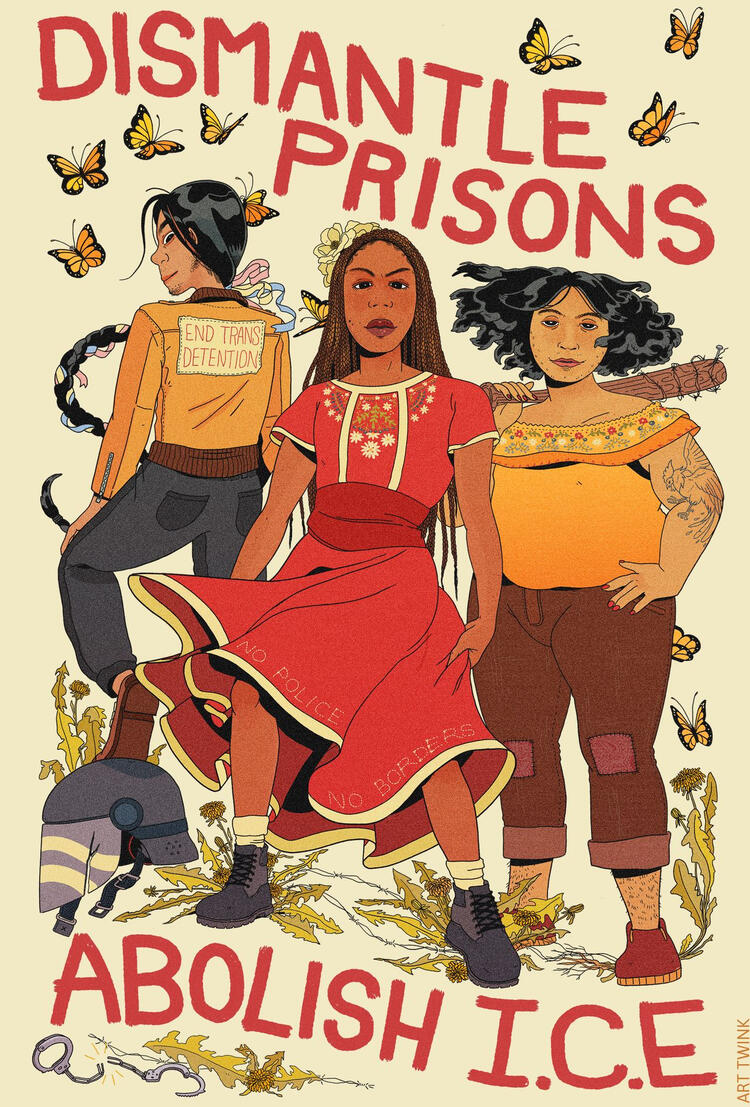 Scroll Past The Info If You Want to Know:
What to Do When ICE Shows Up at Your DoorWhat's Happening at ICE's Immigration CampsWhat You Can Do to Help

Beyond Enforcement and Removal Operations pursues criminals and terrorists involved in drug trafficking, weapons smuggling, human trafficking, cybercrime, financial crimes and identity fraud. It also looks out for counterproliferation investigations, and targets individuals who illegally try to smuggle military and other high-tech equipment out of the United States. (The New York Times)

The Office of the Principal Legal Adviser employs about 1,400 workers who provide legal support to other employees and represent the government in immigration courts. (The New York Times)

ICE's goal is to protect America from crimes (by illegal immigrants) that threatens the public safety and national security.

What Is the Problem?

Infringement of Civil Rights ("Many of ICE’s removal tactics take away even the right to a fair hearing in court")Infringement of Civil Liberties ("These enforcement programs pose a variety of threats to civil liberties: They implicate the Fourth Amendment’s protection against unreasonable searches and seizures, the constitutional guarantee of due process, and the constitutional guarantee of equal protection and freedom from discrimination based on race, ethnicity, and national origin.")Tearing American Families ApartThe Lost Trust In Law EnforcementRacial ProfilingUse of Excessive ForceThe Start of Dehumanizing Migrants
ICE and Border Patrol Abuses - ACLU

What Is the Problem? / What Is Happening?

"Missing" About or Above 3,000 Children (with ICE Not Knowing Where Those Children Are)Lack of Proper Care & Sanitation (Children Sleeping in Tin Foil)Reports of Sexual Abuse Within the Camps by ICE Officers to Children (& Other Adult Immigrants)Children Dying Under ICE CustodyExposure to a Harmful Chemical - "HDQ Neutral" (Over 50x a Day for 15 - 20 Minutes Each Time in Poor Ventilated Areas)Separation of Families(Basically a) Concentration CampImproper Care/Lack of Attention During COVID-19 (Two (2) Have Died From COVID Under ICE Custody)OvercrowdedDirect Conflict with the Flores Agreement (a Set of Legal Guidelines That Provide Humane Conditions for Immigrant Children In Detention)

How Many More Must Perish In ICE Camps? - SPLC

What You Can Do to Help

Put ICE Back on Its Leash Petition - ACLU.org

Stop the Use of HDQ Neutral In ICE Detentions Petition - Change.org

ICE Is at Your Door, What Do You Do?

Important Things to Remember
Stay calm, "comply" with the officer even if you believe they are violating your rightsRemain silent or tell the officer you wish to remain silentDo not lie about anythingAnything you say can be used against youAsk to speak with a lawyerDo NOT sign any documents or answer questions without your lawyer presentRecord details and names of officers

Credit to ACLU and Informed Immigrant